After sampling two crags further south in Gandia we decided to check out the long south facing wall of Alzira for a whole day of climbing. The crag (actually called Peña Roja or Tallat Roig) is one continuous wall that features a about 70 meter high central section with several three pitch routes flanked by a few more sectors of mostly single pitch sport climbing to the left and right.

After parking the car in a small settlement up the hill we hiked up to the wall already noticing that the area catches the sun all day and that we would be baked later in the day. After a quick look from a distance we decided to first head up via the Directissima right in the center of the wall and then spend the rest of the day on the sport sectors - taking it easy if the sun would get unbearable.

After a nice chat with some locals (who had just done the same climb) at the base of the Directissima I led the first pitch (32 meters IV+) via a nice column and some broken rock to the first stance in a small hollow. From here Jost headed up a very cool exposed corner (20 meters IV+) to another really good stance. The final pitch (15 meters IV+/V) - again my lead - consisted of a short travers into another corner. A superb climb: not too hard, but steep, great stances and nice views.

We made it back down to the base of the wall via a path to the west and some down scrambling (assisted by chains) and continued our day by climbing a 30 meter beast of a slab in the sector Emo called Emocions de Trador (6a) - fantastic but a bit dicey on lead looking at potentially long falls on a cheese grater. It took me quite some time to tip toe up the route.

We moved over the sector Negrito (hoping for some shade, which was nowhere to be found) where Jost led the route by the same name (IV+). With the afternoon heat and already some routes under our belt we continued ticking off some easier routes (mostly Vs) and finally called it a day in the early evening.

As a coda for the day we went down to the town of Alzira to grab a coffee only to discover that the town was celebrating some historical event with a colorful parade of costumed people and several large drumming groups.

A somewhat weird but still fitting end to a day well spent! 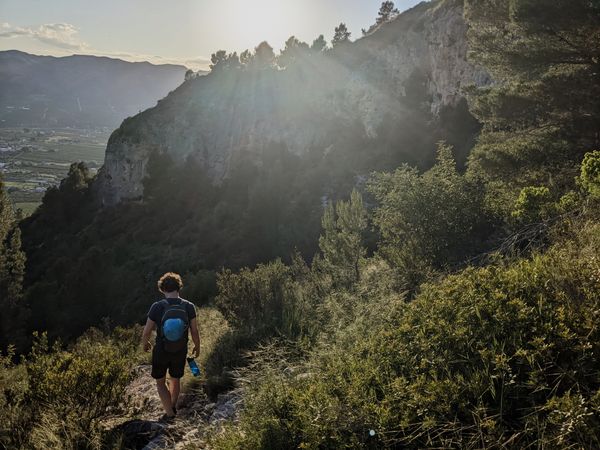 After trying our hand in a multi-pitch line we had the chance to sample some of the sport climbing spots around Gandia in the Valencia region of Spain. And in short this area has Michelin grade quality and variety climbing on offer. So here it is: our little taste of everything around Gandia. 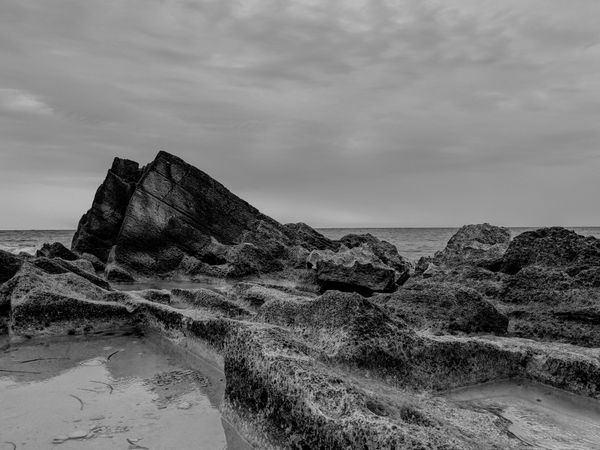 Tl:Dr: Low stakes and varied bouldering close to the towns of Sa Coma and Cala Millor in a beautiful setting right by the sea.