Stunning views, tons of routes and a via ferrata for good measure
On the Mediterranean coast of Spain one mountain range - Serra in Spanish - follows the other like pearls on a string. The Montsant mountains just off the coast and the major tourist hotspot of Tarragona are neither high nor do they cover a huge area - however if you are a climber the area is a bit of an El Dorado. Margalef and Siurana with their thousands of routes and some of the hardest in the world are known around the world.

Still a bit closer to the coast and quite a bit further up the mountains there is another gem named Mussura. Looking up from the town of Vilaplana the cliffs of Mussara are stacked on top of each other and look very enticing indeed. As one drives up the winding road the rock faces get more and more stunning. Luckily the road tops out at a thousand meters above sea level and more or less at the exact same height as the top most rock face and getting to the climbs is actually just a 10 minute walk.

Definitely the centerpiece of the area are the Antenna sectors (named for the radio antennas on top of the mountain above them) which offer great climbing in a stunning setting overlooking the neighboring walls and the deep valley below. There are several more sectors but I would suggest spending your time here if you only have one day. All sectors are well described on TheCrag.

In addition to the rock climbs the Antennas area also features a cool and fairly long via ferrata. It is named Via Ferrata dels Patacons after a cave used by resistance fighters and features some Tibetan bridges, a nice little rappel (mandatory and about 12 meters) and some very photogenic rock spires. Highly recommended. More information can be found here: Rocjumper. 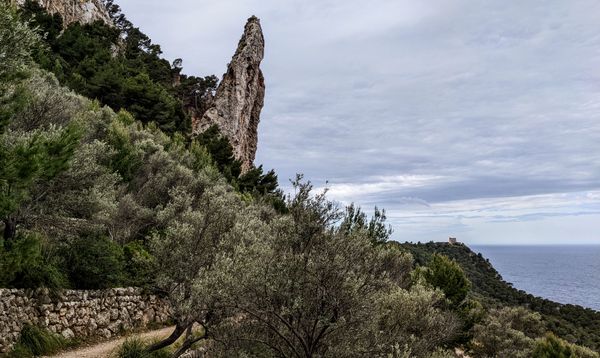 Mallorca boasts tons of great sport climbing but also offers quite a few more adventurous outings. Among the more „out there“ climbing are many striking rock spires that can be found all over the Tramuntana mountains. 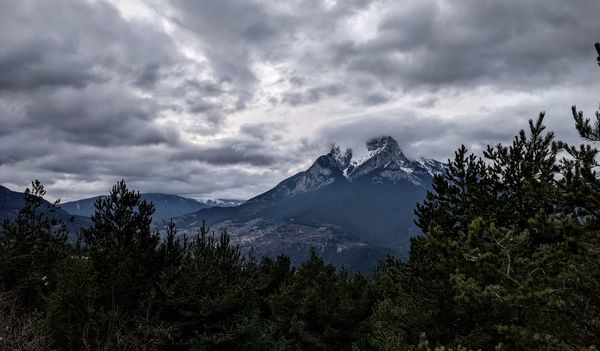 With its prominence and iconic two-peak Pedraforca has a special place among the summits of the Pyrenees even though it is „just“ 2.500 meters high. Turns out in winter the harder of the two normal routes up can be quite challenging…