Road cycling in Asturias and Cantabria
Even though the most well known region for cycling might be the Basque Country with its crazy orange wearing fans screaming their lungs out and the many famous races and climbs the regions further to the west might be even more suited to the avid rider. The rolling green hills of the coast and the rough high mountains of the Picos of Europa Asturias and Cantabria are criss-crossed by roads of often perfect tarmac that challenge and delight at the same time.

When traveling in our van I do have my bike with me to explore the local roads or in some cases tick off a bucket list ride. The same was true during this three week trip of which we spent most of the time in España verde - The northern regions are often called „the green Spain“ due to the milder and more humid climate that lead to lush vegetation all year round.

I did about a dozen rides and can say there are quite a few reasons to consider this area for a week or two of cycling.

First of all the terrain is mountainous everywhere and the road network is dense enough to have something new to explore every day. I noticed that the quality of the road surfaces is generally very good even on the small back country roads - which are sometimes just a few meters wide.

Secondly besides the many sub ten kilometer climbs there are quite a few very long ones (up to 30 kilometers as well). For example the Passo de San Glorio climbs for 1.400 meters of elevation out of the town of Potes to the south through stunning landscape and views of the central massif of the Picos de Europa (and up to the famous bear monument of you go up the last few dead end kilometers for the actual pass).

The region also has its own place in professional cycling and the hallowed (and tough!) climb up to the Lagos de Covadonga is used almost every Vuelta de España race.  For those really wanting to suffer, Angliru is also found here.

If I would have to choose one spot to be based for day rides I might suggest Cangas de Onis at the foot of the Covadonga climb or one of the villages a bit further to the east if you like it a bit more quiet. However either touring the region by bike or being somewhat mobile is even better.

One thing to mention is that a lot of locals ride and they are (in my experience) super happy to talk to foreigners that are interested in „their“ roads and even local drivers are just used to road cyclists and are almost always respectful. 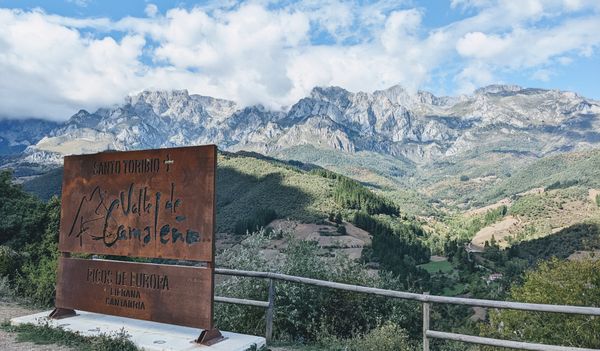 Most people associate the name Picos de Europa with a very specific part of these mountains: The central massif including the Picu Urriellu or Naranjo de Bulnes. Our van trip brought us into this heart of the Picos as well and we fell in love with the rugged landscape. 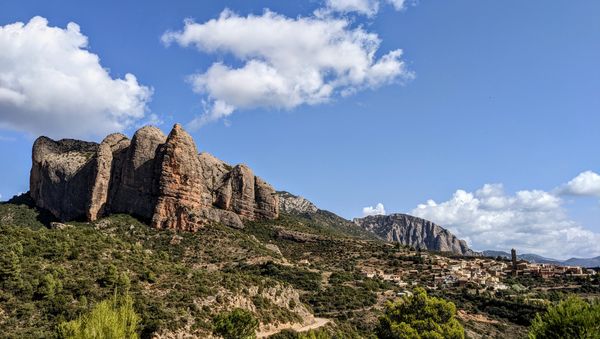 The 300 meter towers of Riglos are both visible from kilometers away and very well known by fans of multi pitch climbing in Spain and beyond. However just a village over there is Agüero with its own Mallos that are just that bit smaller and less intimidating - but as beautiful and unique.