Pricing and specs
The model I bought was posted on the Canyon outlet and was billed as a Endurace CF SL Disc 8.0 Di2 however the wheels on the bike actually were actually a set of deepsection DT Swiss ERC 1400 Spline db (which retail for about 2.000 Euro alone). That and the already lowered price of 2.899 Euro (as opposed to 3.399 Euro for the same bike with aluminum shallow wheels) made this a great deal.

The bike also was the Women's version in size medium but after checking the details of the geometry there is no real difference to the mens medium. One advantage here also was the pretty greenish-blue color.

Ordering and setup
The ordering process on the Canyon website is pretty good - and it has to be as the brand is direct sales only. The same is true for the fairly speedy delivery (about a week even to the island of Mallorca). It comes packed in a sturdy cardboard box that can be reused for packing up the bike for traveling if you do not have a bike case.

Setting up the bike is easy enough even if your mechanical skills are not perfect. However during the setup process I found the only problem with the bike. The front disc rotor was slightly bent and therefore rubbed on the brake pads with every rotation - I was able to fix this by very carefully bending the rotor back so that it is almost 100% straight. Maybe this was an issue because I bought this as an outlet bike?

The only component I did change was the women's specific saddle which I replaced with the Fizik Antares from my old bike.

The ride
Even though the bike is billed as an endurance machine and even has a springy split carbon seatpost it is plenty stiff and racy. The geometry isn't too relaxed and the whole thing feels solid when pushing hard on the pedals. I was somewhat curious whether I would get along with the springy seatpost but while riding I cannot notice a huge difference to a fixed one (maybe on potholes and bigger bumps) and I got used to it after maybe 30 minutes of riding. I read about people changing it to a fixed one however because they did not like the feeling.

The bike is not super light (roughly 8kg with pedals and two bottle cages) but I do not think that half a kilogram less would make that much of a difference. For what it's worth I broke most of my hill and mountain climb personal records on this bike since I got it - but that could be down to me being fitter also.

On longer rides the wider 28mm tires (and whatever bump absorption magic is built into the frame and seatpost) are noticeable - however I have done long rides (7 hours plus) on the Cervelo also with no issues... The deep section wheels can be a bit annoying in crosswinds (of which there are plenty here on the island), however I got used to that in a few rides.

Summary
Whether totally smashing yourself up a 6 minute climb, riding a bike mountain pass or cruising for four hours this thing delivers and only if you are actually racing you might need something more aggressive.

Would I have bought the bike at list price (roughly 4.500 Euro including the wheelset)? Maybe not. but it would still be worth the money - That's just me being cheap. 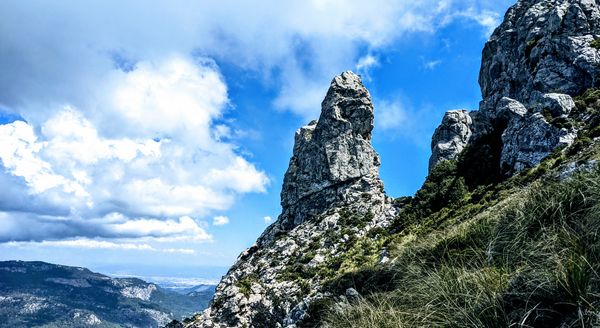 Hiking up to the top of the Galatzo is among the most famous tours on the island. However our sights were set on climbing the Agulla Forcada. A free standing rock tower right next to the main peak. 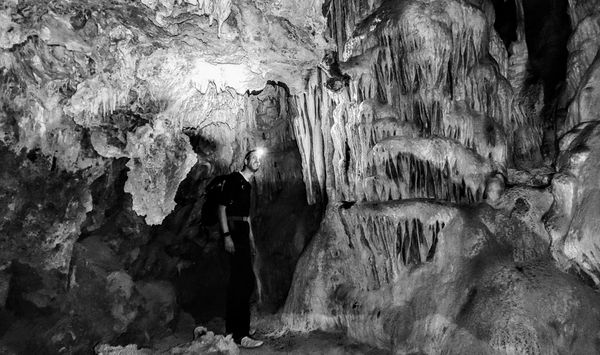 I do have a habit of looking for peaks, cliffs and other features on maps and then making other people go to these places for little adventures with me. This is what happened to Brigitte when we were hiked/scrambled to and spelunked in the Tancada cave on this memorable excursion.