A small alpine adventure with an ocean view on Mallorca

During a recent trip up Galatzo I noticed an impressive looking rock formation that looked enticing to climb and after getting back home I checked the internet to figure out what I could about, what turned out to be, Agulla Forcada or El Bispe - The Bishop.

I found a very old topo that showed two routes to the top: One from the very bottom rated grade 5 and the via normal, that starts a bit higher, rated 3. My guess was that there would not be any bolts on the route and that the grades should be adjusted up quite a bit taking into account the topo was from 1979 - older than myself!

A few weeks later the chance to tackle this little challenge arose when Noah, who was spending some time on Mallorca, was looking for climbing partners. So I suggested this little alpine adventure to him and the following week we set off from Puigpunyent in great spring weather.

The approach to El Bispe is fairly long (~2 hours with 700m elevation to be gained) but we made good progress - even after getting a bit lost. To get to the start of the via normal you have to first scramble up a bit of scree from the hiking trail leading up to the top of Galatzo.

After gearing up we moved around to the big crack splitting the tower along which the two pitch normal route leads. However the stance at the bottom of that feature is quite bad and we moved a bit further down to a grassy patch for our actual start - turns out there is a bolted belay down there, how convenient! Rights as we were about to set off clouds poured into the area but that only added to the great setting!

I took the responsibility for pitch one and actually found two old and rusty pitons on the way up. Definitely clip those as there is almost no way to place gear (no hole etc. for slings and the crack itself is far too wide for “normal” sized cams). Pitch one ended after 25 meters at a fairly trustworthy stace made up of two pitons and a small rock bridge. I would give the pitch a 4b-ish grade. Noah also said it's a bit higher than the given 3 - fairly normal on such an old route.

Noah moved up pitch two, which goes right to the top of the higher “summit” of the tower, with ease. The second pitch turns out to be a bit easier than pitch one but is fairly exposed and moves sideways for the final bit. There is a small hex lodged in a crack half way up the pitch but no other protection. The stance on top is again old but fairly good.

Judging from the summit log this route is not climbed very often. There were only a few ascents listed since the book was put up there in 2014! To get back down, rappel straight to an intermediate rappel station with a single rope or directly to the ground if you are running double ropes.

In summary this is a great little tour that gives a bit of out there feeling on an island that most people might not associate with alpine adventures (and even climbers know mostly for its sport climbing and deep water soloing).

PS: Thanks to Noah for joining me on this little trip! 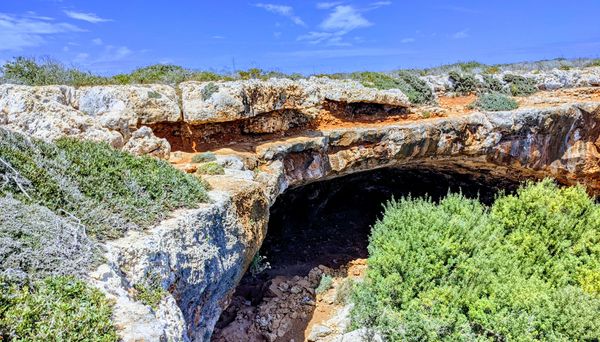 Tl:Dr: A small coastal crag with almost exclusively (very) hard routes. Most bolts are rusty and the installed perma-draws look dodgy. The location itself is great. 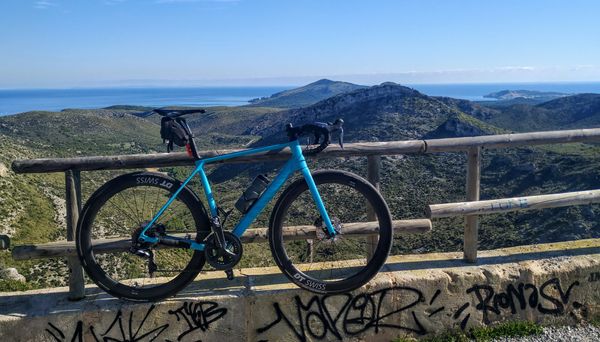 After having ridden my trusty Cervelo R3 for about 10 years and 150.000 km I was in the market for a new road bike and after a lot of deliberation I settled on a Canyon Endurace. Seven months and 10.000 km later I can confirm this to be a great bike.