Five pitches weaving through the steep west face of the famous castle mount
The Puig d´Alaró is a striking and solitary mountain with very steep roughly 200 meters faces in all directions and a plateau on top. The whole mountain has been used as a defensive structure since the Bronze Age and especially during the moorish rule of the island. Today there is a mountain hut on top that is frequented by day hikers and also provides simple overnight accommodation.

To get to our climb we drove part way up the very narrow and rough road towards the restaurant Es Verger from which the hiking path up to the Puig starts. We however took another path that snaked up through the olive groves towards the base of the very steep west face. This face is also home to a climbing area (also called Alaró) with some world famous hard and overhanging tufa routes.

Looking at the face Pepe Ramon (a true trad line with almost no fixed gear) is clearly visible but looks steep - very steep - and somewhat unlikely to be „just“ a 160 meter V+ climb (the topo is from 1993 - so this grade should be taken with a huge grain of salt). However the route snakes its way up and somehow finds all the weaknesses in the wall, which typically hosts routes starting at UIAA grade VII.

After some looking around we figured out that the route actually starts more or less right at the hiking trail we took and after racking up (with a few slings, a set of nuts and a few cams) Wolf made his way up the first pitch. This 50 meter affair is more of an approach-climb up a ridge that leads to the actual route. It is serious however: About grade IV climbing on very loose rock (the pitch can be avoided by scrambling up a rather vegetated canal a bit to the left). I followed and we moved about 20 meters further up the ridge to set up a belay on a very solid tree right under the next pitch.

As I led into pitch 2 I soon got to know the character of the route: Steep and exposed climbing (especially for the grade) on massive holds with tons of possibilities to be protected with slings. The belay I found consisted of some threaded ropes (like the others we found later too).

Pitch 3 (Wolfs lead) was similar if maybe even a bit steeper in parts. My next lead (pitch 4) again changed the character slightly as we had to move out left from the orange rock with jugs for days onto a IV+ slab. The slabby bit was unprotectable for a few meters which added to the excitement - I strongly recommend putting in a piece before getting onto it!

The final pitch starts in a huge cave and leads up an overhanging crack open book thing, which is also the crux of the route at a solid V+ (maybe harder). Wolf moved up the hard bit methodically and made good use of the crack by putting in a few cams and nuts (making sure to double up the pieces a the hardest few meters). While climbing up that pitch I could definitely understand why he made sure not to skimp on protection.

Having reached the top of the route we took a short lunch break and enjoyed the view over the neighboring mountains and down towards the mediterranean sea. The serious part of the day ended with a coffee at the mountain hut just a few minutes of walking away - a great end to this small adventure.

PS: During the final walk down the main path back to the car we took another good look at the route and its very unlikely way up the wall. No wonder the topo we found calls it „una obra de arte“ - a work of art. 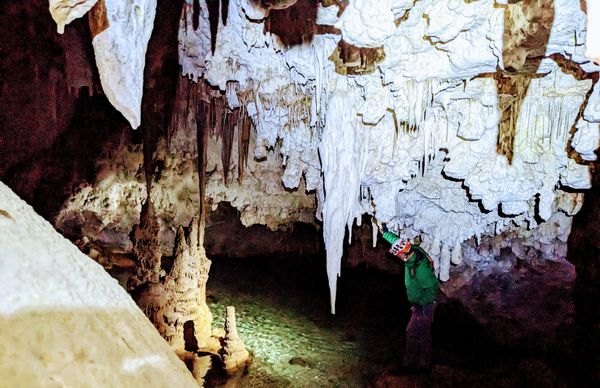 After some cool climbing adventures Wolf and I made the most of the turning winter weather on Mallorca by seeking out a lesser known cave in the north east of the island that can only be accessed by a bit of scrambling and a rappel into the main cavern. 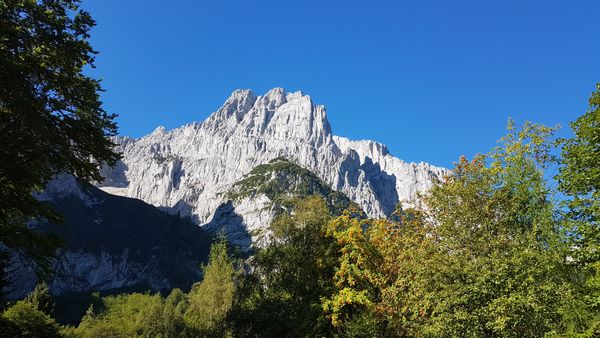 During our explorations of the alps south of Rosenheim we had to visit the stunning Wilder Kaiser range. However as we did not want to stretch our skills and luck too far we decided on checking out the Wildangerwandl - a true alpine sport crag.